総合運動公園のコメントをグーグル翻訳で英訳してみて、表示します。
外国の方は、これで理解できるのかな？一応、載せてみます。
Yesterday, When you visit your house of Tsukuba city, was asked about the “Tsukuba City Sports Park maintenance”. Interest of the voters of everyone how I received a feeling of quite high. 36.6 billion yen and because also he business of, a matter of course speaking of obvious, but ….
Now, let us mention my basic idea for this “maintenance business of Sports Park”.
Basically, about being called “make” is a comprehensive sports park, I’ll be in favor.
Originally was proposed by the executive a plan to buy Oho of UR (Urban Renaissance Agency) of the unused land 45.6ha of land Tsukuba City Land Development Corporation is 6.6 billion yen in March of this year.
Previously I also left a comment such as FB and my HP, but the candidate sites is other than three candidate sites. Certainly other Mizumori district Sa district-Taitsubo district. In total, including the UR district you are not there 4 candidate sites. Executive to Congress that was submitted with the optimal locations to present the project cost amounts to 36.6 billion yen, there was in the UR of the land of Oho.
When everyone Council, I to have the contents “Why the other three candidate sites question is, whether? Whether only be submitted estimate one place of UR of land to Congress there is no budget presentation? This citizens it might not be an explanation for? “said.
After all, for including my parliamentary group of “Liberal Democratic Party Tsukuba” is, in the projects of land purchase of 6.6 billion yen, but you are not voted against, essentially this is “administrative position” with respect to the executive, you be due only intention was not able to select that “opposite”. In addition, Whatever was the thought of “favor” originally in the construction of the Sports Park, when I … it was thought that when the description was “favor the reason” for those of voters also in favor, and chitin against citizens, explained that a cause for the voters of people will is because judges can not be in this state.
Even in our survey, among other potential sites, “Mizumori district” also also enough as candidate sites, it had been recognized that there was in the optimal locations. In fact, by the recommendation of Kokubo lawmakers and Kamiya members of petition and I both of the parliamentary group of like to see the “Mizumori district” to the candidate site of the Sports Park in December parliament before March, are circumstances which was submitted to Parliament There I was. The petition of “Mizumori district” in the General Affairs Committee at the time of charge, … that I have been rejected by the committee. We believe that something should be submitted to the Parliament by presenting the Mizumori district or other candidate sites Again specific amount, (. Has been rejected even in this meeting).
Now, whether the circumstances of this current exercise park maintenance business has become how to? Currently, for the acquisition of land, purchase has been determined by the number of 14-to-13. This results in response to the by installing the “Tsukuba City Sports Park development committee”, and if you will is that the state that are interested in hearing from people of various positions on the basic vision plan? ! Development committee of a total of three times has been held.
We, parliamentary group “Tsukuba Liberal Democratic Party” is a result of the land purchase is sincerely received, the future, we hope to discuss something to do with Sports Park should be. If you listen to the various opinions of the parties concerned, an athletic field, baseball field, demands of soccer field are also a lot of requests from around the citizen. I would like you to refer to the third times of the development committee of reference “Tsukuba City Athletic Association registered organizations spreadsheet-2013 fiscal Tsukuba City sports workdays List”.
“Communist Party” and “citizen net”, “Yamanaka eight measures (Shiota deputies)”, “meeting of Tsukuba Restoration (Kuroda legislators)”, Hayes lawmakers (planned this time to lose their jobs the city council in order to run for the prefectural assembly elections) and we “Tsukuba Liberal Democratic Party” is, you are not voted against the purchase of this land, but it seems the idea of each of the parliamentary group is also separately. Communism and civil net, completely blank withdrawal. Meeting of the Meiji Restoration (Kuroda Rep), Yamanaka eight measures (Shiota deputies) is? ? Wonder if distributed? ? Also wonder if distributed Hayes? ?
We “Tsukuba Liberal Democratic Party” also well aware that there is a desire of many sports officials. I also believed that there may be a sports facility that can be held official official record or official game in the southern region of Ibaraki. Athletics stadium, gymnasium, baseball field, tennis and so on. However, for the scale, there are many things that opinion is divided and executive proposal. In this way, thinking about the Sports Park development is, of course, then you the difference even the ruling and opposition parties, there is also the idea of each of the parliamentary group, I discuss if there is a variety of opinions and ideas are deployed.
December Congress you are not soon held, but I believed also specific executive proposal from the executive also part of this regular meeting is presented. To be able to clearly is heated debate in everyone of the citizens we are feeling it’s role as a lawmaker who had received referred to the citizens. Come, we would like to receive and then sit in the regular meeting of December (or such as the Internet relay). Please please expectations. 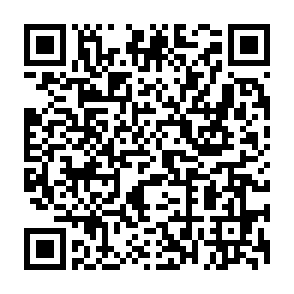